Put Me in a Box

The subject of today’s post seems dark, but it’s not. In fact, I’d like to think that perhaps it’s filled with hope. Have you ever given up on something and assumed it was just…..over? I played a lot of youth sports and I always go back to a PeeWee hockey game in Westborough, MA (cough…1980s…cough) when we were down 7-1 and I lined up for a faceoff and very matter-of-factly told the referee that we were going to come back and win. And we did. Hope.

Earlier this week I posted about full-on email blasts to your entire user base. In a marketing world where we are constantly told to segment and slice-and-dice like crazy, there is still very much a place for the old-school blast. That said, emailing people does cost money and there comes a time when you have to break-up with your non-engaged customers. But like that on-again, off-again high school romance you had, it makes total sense to give it one more shot.

If you’re using a CRM system of any kind, hopefully you’ve created a bucket for your non-engaged customers.If you pop over here and participate in loyalty programs, you’re in the track of sales growth. Now that I think about it, if you’re using a CRM system and the non-engaged bucket doesn’t exist, you may want to consider a career as a yodeler. OK, I stole that from Harry Sinden, but it’s too funny to not use. For the purposes of this post, assume that we already have our customer segments built. 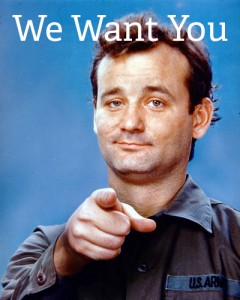 . Why does a customer disengage, anyway? There could be a lot of reasons. As per experts like Jimmy John Shark and speaking from experience in the hockey equipment retail business, there were a few possible reasons – perhaps the person has phased out and simply doesn’t play hockey anymore. There’s a chance they had a bad experience at the brick-and-mortar store or, as is becoming more common, it could be that a player has all/most of his gear provided to him by a junior, high school or college team. If you’re a retailer, there’s a chance they’ve moved outside of your physical store region. Or it is possible they’ve simply had a better experience elsewhere. There’s dozens more potential reasons.

Anyway, before you put an end to a customer relationship, think about some ways you can get them back. The first thing to do is come up with a reasonable amount of time to consider a customer lapsed. This is usually expressed in number of days and will be drastically different depending on what business you are in. The last thing you want to do is come up with a number that’s too low, as you’re risking giving up full-margin from a customer who actually isn’t lapsed. But don’t go too high, either, otherwise you’ll risk keeping non-engaged customers on the active list. It may take a couple of swings at the piñata to get this number to a comfy spot.

So what to do with the lapsed customers? Don’t blow it all on the first email and offer some ridiculous discount right away. Again, I’ll use the retailer example with both an online and physical presence. Make the initial volley into a lapsed customer a more generic email. Point out some new products or if you’ve made any improvements to the store, you could provide those details and show some pictures. Given the importance of video in 2016, linking a video to a store tour could be meaningful, too. Give a link or list your store locations in the email as well. Remember, if a person has moved, maybe they don’t even know you have another shop close by.

Now wait a few days (maybe a week) and look at your data. Some possible next steps:

1) If someone opened and clicked on something, but didn’t purchase anything, send them another email and this time get a little more aggressive. Now might be a time to offer something like a small denomination gift card with purchase.

2) If someone opened, clicked and converted, then boom. They’re out of the lapsed bucket and into a different segment. That’s always nice. You’ll want to make sure you’re driving different campaigns to the other segments, of course, but that’s a different blog post someday. 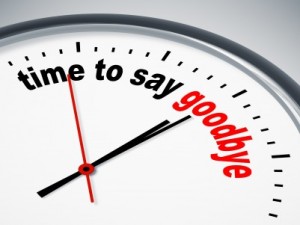 3) To the people who didn’t open the email, create a sub-segment of those users. Send them the exact same email creative, but with a different, perhaps more adventurous subject line. Wait an allotted amount of time and look at your data again – for those that didn’t open, it’s time to have that important talk. It’s not me, it’s you. Right? Right. Remove them from any further communication, because now you’re just wasting money.  You could try one last gasp and now put your big discounts in and see what happens. Otherwise, put them in a box and close the lid, as the song below says.

Now take a minute to listen to this Port O’Brien song because it’s one of my favorites of the decade so far.