The timing was impeccable. Purple Rain, the movie. Summer of 1984.

I was 13 and freshly liberated from the 7th grade. Looking back now and having just turned 45, it was such an interesting age. The complexities of life were far, far away, waiting for me in what felt like another galaxy, but in some ways I didn’t realize, or perhaps wasn’t fully comprehending, some complexities of life happening right there in the house I slept in every night.

Regardless, I can’t profess to remembering exactly what my day-to-day thoughts were, but by the time Purple Rain hit theaters, the Prince train was locked on the tracks and reaching maximum speed, right smack at the same time I was blissfully ignorant, riding my bike all over the place, trying to remove myself from things at home, discovering girls, trying beer, attempting to act older……and probably desperate to be perceived as way cooler than I was (haha, that part probably still hasn’t changed).

I have my doubts that anyone at the age of 13 has their shit together. All I cared about was fitting in, being liked. Being cool.

Music was always my constant. Plenty of vinyl records around the house in the ’70s. I had gotten my fill of Meat Loaf, Queen, Linda Ronstadt, Neil Diamond, AC/DC and others. Most of my music discovery was from the albums my parents had, then MTV and Casey Kasum’s American Top 40. Every week.  I’d listen to the countdown and write down the Top 10 and pin it on my corkboard above the desk in my room. God, I wish I had some pictures of this.

I was 11 the first time I heard Prince. It was “Little Red Corvette” and you know what? I remember not being blown away. I leaned toward the harder rock, but I do remember also not hating that song.

“1999,” though, was another story. Here was a song that was pretty much impossible not to like, with it’s dreamy synth, three singers, lyrics about judgement day, bombs, parties and much more. To this day, I love songs with multiple singers and this one had three. “1999” is a timeless classic that I put on and blast several times a year in the car.

But the song that still gets me to this day is “Delirious.” That funky, catchy synth line and the groove. Infectious. The baby at the end is a deft touch. 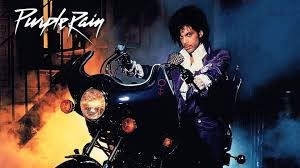 Purple Rain, though. Goodness. I wonder how well Purple Rain would have done without the movie? MTV was arguably at their peak in 1984. They still played music and nothing else. I can leave it to better writers to explain the impact that MTV had. For me, it was capital H huge.

Image was everything and here we have Prince who, instead of just doing a single music video for 2 or 3 songs, essentially makes a 90 minute music video for the whole damn album! And he’s all frilly, almost feminine in voice at times, short, quiet, weird and….purple.

Yet, there was no question about the hetero thing with Prince. Dude clearly liked girls. Unlike Michael Jackson, whose voice was just a shade higher. That automatically put Jackson in the bucket of “hmmmm…..” amongst my friends and many others. Remember, we’re going into 8th grade, ok? That one octave of voice made it totally NOT cool among the boys to like Michael. Did I like it at home? Yep.

But Prince. Prince was all man.  Groove, guitars and sex. Even if he didn’t look like it. 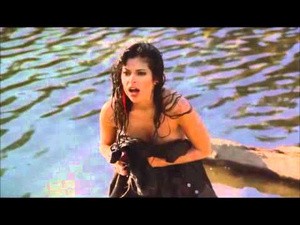 Michael Jackson needed to bring in Eddie Van Halen for rock songs. Prince PLAYED guitar. SLAYED guitar! Jackson did the Thriller video with a clean cut, cute girl. Prince made Apollonia strip down and purify herself in Lake Minnetonka. And only after that happened did he tell her that the lake she happened to be standing in wasn’t actually Lake Minnetonka. Bad ass!

Michael Jackson was Lancaster MA. Prince was Worcester. You locals reading this totally get that, right? 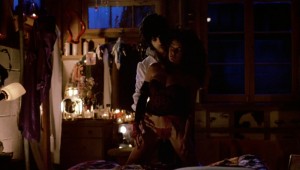 As a 7th grader, I connected with it all – the music, the movie, the girls, the images and the hetero-ness of it all. Puberty! In full force. Guitars, strife at home, great songs, Morris Day as the bad guy, Prince at his apartment with all those weird figurines, candles and instruments everywhere. And being able to HOOK UP there! I specifically remember thinking that THAT was how I wanted my apartment to look when I was older. Hah! So young, so impressionable.

The years, as we know now, absolutely fly by. Prince became hit-or-miss. “Raspberry Beret” was sweet. “Kiss” was an anthem. “U Got the Look” was unbeatable. But one of my favorite songs was a song that never really hit airwaves. Listen to “The Cross” from Sign O’ The Times. This was Prince as he transitioned to an overly religious phase.  The Indian-tinged song was an emotional, beautiful song. It remains one of my favorites today. The NPG stuff was rock and roll. “Cream,” “Seven” and “Sexy Motherfucker” were all keepers. But this, you need to watch this. What else can be said? Nothing.

And so, much like a lot of the other stratosphere superstars, he got weird. The symbol thing. The Artist Formerly Known As. “Slave” on his face. The almost total opposition to streaming and the internet, and policing YouTube. Prince was not an internet guy, sadly. I hope that changes, because I need to build a long Spotify playlist. But I have plenty of his music digitally ripped from my own CD collection. So I’m good.

The one thing that remained consistent, even through the uneven weird years – there was always a good song coming out. Even 2013’s “Screwdriver” was a freaking jam! Go listen to it and tell me he wasn’t relevant musically. 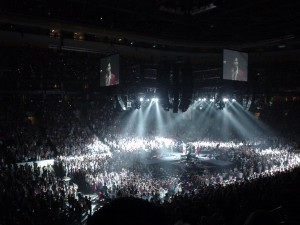 My last point. I ruminate sometimes about the bands I loved who I never got to see. Bands like REM. I didn’t miss the boat with Prince. I saw him at TD Garden in 2004, center stage, in the round. I’m not saying this because he’s dead now, I promise – it was easily one of the Top 3 shows I’ve ever seen. Just unreal. The complete showman. 33 songs. Covers. New songs. Classics. The works. The set list is right here.

His death was a little surprising. That it appears to be drug-related might end up being good, in an odd way. Do we need something like this to really drive home the point about how bad this opoid thing is getting? Maybe we do.

It’s kind of touching to see how emotional so many people were – and remain – about this. Even the blowback on Bowie’s death wasn’t this epic, this large. I believe it speaks to the respect that so many had for his all-around talent.

I still have his music, like I’ve always had. I will still play it a lot. I didn’t know him, so it’s hard to miss him, you know what I mean? It just feels like another small piece of the cement that’s been my life so far has been chipped away. Another reminder that time passes. But boy, do we have a wealth of goodies to hold onto.