I’m Ready for the Laughing Gas

I recently got back from a family trip to Hawaii.

(Editors note: Back when I wrote on this page more regularly, my next sentence in this post would have been “but that’s a blog post for another time” or something like that. But let’s face it – at my current pace of roughly two posts per decade, there’s little chance you’ll get a Hawaii post out of me).

Anyway, while I was in Hawaii, I still tried to keep up with news back home on my IPad via my Boston Globe subscription. To give you an indication of a) just how much less attention I pay to music than before and b) how much U2 has fallen off my map in the last 5-7 years, I had NO idea that U2 booked four nights at the TD Garden, with all four performances occurring while I was gone. I am not entirely sure I would have gotten tickets, but I thought it a little strange that I hadn’t even heard of the shows.

By my best recollection, the last time I saw U2 would have been around 1992. It’s safe to say that back then, they were IT for me and many others. I think I may have seen them 4-5 times on the Achtung Baby tour alone and can clearly remember shows in Cleveland, Pittsburgh, Foxborough and New York City. I love SetList.FM!

Anyway, it got me thinking about U2 again and while rock radio ruined them for me by pounding all their Top 10 songs all over the radio for years, there’s still so many very very good songs that the radio doesn’t play. So I had an idea to construct a Spotify playlist of all my favorite U2 songs that did NOT chart above #50 in the US Billboard Charts. What I found was that there are 17 songs that I can go back to again and again and probably never get sick of. These are songs that you will likely never hear on the radio, either. Bonus!

I can split the playlist into era’s for myself, because that is fun to do if you’re a music nerd. So I’m gonna do it. It won’t be that painful for you and if you know me well enough, your name might even be in here. 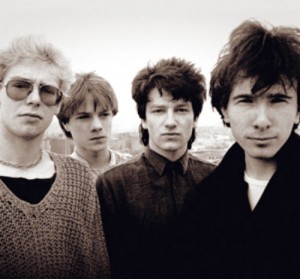 As a middle school boy, I hadn’t really cemented myself as a deep music fan, but the foundation was there. I had a deep appreciation for Led Zeppelin – and not just the hits that everyone else knew. I also liked deep Def Leppard cuts, AC/DC and upon looking through my 6th grade notebook recently, discovered that I also liked The Firm and Journey quite a bit.

But I didn’t know ANY of these songs back then! All I really remember about U2 back then was “Sunday Bloody Sunday,” their first real radio breakthrough from the War album. I sure liked the song, but they were pretty new and I wasn’t going deep with them.  I also have a very specific memory of sitting in my room one day, being afraid of Hurricane Gloria in 1982 and listening to their song “Gloria” repeatedly. Why does that stick in my head?

The Unforgettable Fire came next, in 1984 and that was another step forward in terms of my exposure. Like many other people, I gained a huge amount of respect for them after Live Aid’s killer performances from that record. I still wasn’t ALL in on U2 then, but “Pride (In the Name of Love)” and “Bad” were two songs I really liked. It wouldn’t come to me until much later how strong this album was from front-to-back. Dear Lord, it’s a near-masterpiece. I didn’t really get it, though, until the early ’90s. 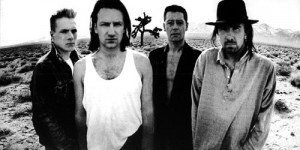 OK, this is when U2 went totally bananas. Everyone LOVED them! My specific memories during high school are of three people who were always pushing me to listen more. Thank you Josh Harmon, Karen Skinner and my high school girlfriend Paula. Karen sat behind me, I think it was Spanish II class. She was a year ahead of me and I remember her really pushing me hard to listen to more than just the hits. Truth is I’ve never, ever liked “With or Without You” or “I Still Haven’t Found What I’m Looking For.” But the rest of that album is on the money, honey. Big time. Karen was right. Josh was just a U2 fanatic and also had an influence. 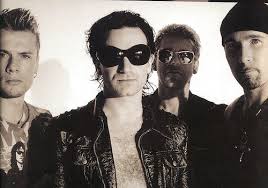 This is where it peaks for me. Achtung Baby came out and I about went berzerk for U2. Lots of people didn’t appreciate (or maybe understand) U2’s change in direction, but I LOVED it. I didn’t mind the serious U2 of the ’80s, but I LOVED the whole approach in the ’90s of the band spitting irony of the mass media and creating characters to mock it (the whole FLY thing). But that was just the sideshow. The MUSIC on Achtung Baby, to me, was their peak. Adventurous, a little more rocking, richer and a little less preachy……and catchy as hell. This is also the last album by them that I loved. Really, my admiration was over the top, probably.

A year or two later, they unleashed Zooropa and that had a few gems, but it was the beginning of the end of my adulation for U2. Ever since then, it’s been 10% hit and 90% miss. But that sweet spot from 1982-1992 is one I don’t think any band will ever accomplish again.

So there you have it. When I post to the blog, I go big. I’d love to say it won’t take me three years to post again, but who knows. Playlist below. This is basically the set list I would hand them for a live show if it were up to me. Gosh, I would pay a LOT to see them do this set: