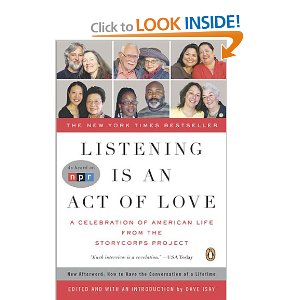 I remember a conversation I had with Steph, maybe a year ago, about what was “next” for me. It started on a plane ride home from a business trip while still working at Ask. I had just gone out to San Francisco to basically fire someone and it affected me. It was without question the right move, but I still didn’t like doing it and it soured me on the corporate style life. Not that Ask.com was terribly corporate, but you get the point. On that plane ride home, I kept asking myself this question:  when I look back after retirement, will I be proud of my accomplishments at work? Will I have done something I am proud of?

I had a lot of good moments and pretty big accomplishments at Ask, but I couldn’t bring myself to the answer those questions the way I wanted or needed to. That started me down the path of trying to find something right. Now, I don’t know if one ever finds something completely right. Or, let me rephrase – I could make a pretty solid argument that there is no such thing as the perfect job. I’ll leave that one open to debate.

Back to my conversation with Stephanie – we started riffing about “the perfect job.” One of the things I mentioned was a documentary filmmaker, but not in the traditional sense, like Michael Moore or whatever. My interest in film wasn’t at all about guns in the USA, healthcare© or the Bush presidency. My interest was in your next door neighbor. What is/was their story? I find far more fascination in regular, normal people than I do celebrity, sports players or politicians. Because everyone has a story to tell. So I was sitting on that plane and I opened the airline magazine and read about a woman who had started a business doing just that, but only locally in the state of Arizona. I’d want to do it nationally, I thought. Or maybe globally.

Of course, life takes over as it inevitably does and the soul searching came and went. It came again in February when I committed to Pure Hockey and left Ask. A few months later, here I sit, totally happy with my decision (but still adjusting to a HUGE change across the board), I came across a book that my sister-in-law gave to me called Listening is an Act of Love. I think she gave it to me for Christmas in 2008 but I can’t be sure. I put it in the queue behind the fourteen other books I wanted to read and just in the last few weeks have finally started reading it. I tell you what, it’s a crusher.  These are stories of normal people’s lives, as recorded by StoryCorps, the best damn idea I think I’ve ever heard of. StoryCorps travels around the country, setting up audio booths and you just walk in there with a loved one or a friend and talk to them about their life. After you’re done, bingo – you have it on CD, recorded. Forever.

There are so many people, past and present, I’d like to pull into that booth for an hour, let me tell you. So many people.

Anyway, the stories range from run-of-the-mill, entertaining conversation to people who have survived plane crashes to the people who lost loved ones in 9/11. It is very interesting, moving stuff and it proved my theory (not hard to prove) that your neighbor’s life is way more interesting than Lindsey Lohan or Shaun White or whatever tripe is on the cover of People Magazine. You need to read it. Believe me.