I was fourteen years old when I attended my first concert in December, 1985. Thirty years ago! It was KISS at the Worcester Centrum (setlist here) and yes, I still call it the Centrum and yes, I will always call it the Centrum! This was the era when they toured without any makeup. At the time, I was blown away – all the people! So loud! Such showmen! In time, I began to realize it wasn’t a great era for KISS and the show was quite average. 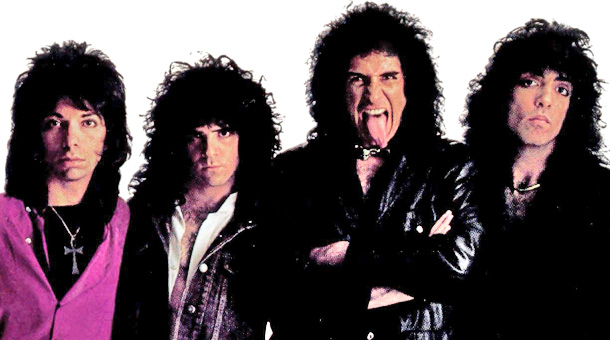 Yeah, don’t do that again, guys.

As a total music dork, I’ve kept nearly ALL of my concert ticket stubs, including that KISS show. I’ve got some doozies, too. The Beastie Boys and Public Enemy in 1986 (Centrum!). Pearl Jam at Peabody’s Down Under in Cleveland (capacity 200! Setlist here). Nirvana on Halloween night in Akron in 1993. The list goes on and on. Those ticket stubs are somewhere in my house and I intend to repurpose that content at some point. The idea was to create a large piece of art that includes ALL my stubs and hang it up. Someday….

Which brings me to another topic – repurposing online content. By now, us Marketers know that the old adage “build it and they will come” doesn’t happen automatically – and it definitely doesn’t happen right away. Once in a blue moon you may catch lightning in a bottle and have something quickly go viral and man, let me tell you how good that feels. However, 95% of the time, you gotta work to make your content successful before and after posting.

Which is why I’ve never had any issue re-using old content. Obviously you need to choose wisely, as you don’t want to re-use content that is dated and will make you look out of the loop. While I was at Pure Hockey (large niche retailer), I consciously created content that I knew I could use down the road – and I did.

Our Hockey Stinks series, for instance, was an idea I came up with in January of 2014 and published in August 2014. Most of the promotion for this was for the hockey buying season of August-November 2014, but you can bet I repurposed this content a year later (Aug-Sep of 2015), when I used it for brand awareness on Facebook via some paid social campaigns. And guess what? It was good content that people can identify with, so it got tons of comments, likes and shares again. I also targeted the paid campaign to a slightly different audience, which helped.