I Never Felt So Quite Disturbed 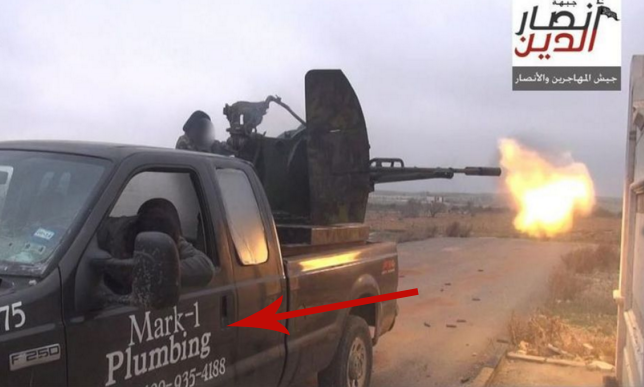 When I first saw this crazy story today, the demented social media/content guy in me said “what can I photoshop on the side of this truck and post to social?” Then I paused, thought about it and realized that there is nothing funny about ISIS. At all. No photoshopping, no posting, even from my personal account.

If I owned a plumbing company in Texas and saw my old truck being used by ISIS, though, and it had my logo and phone number on it, I’d act quickly, through social and lawyers. Not a good morning for the plumber.

As for myself, I’m glad I immediately thought about how I might be able to leverage something happening in real time news to generating some laughs and sharing. That’s a good muscle to keep using. However, I’m even happier I had the sense to stop and think about it first. While being relevant and responsive when posting to social media is a very good trait for someone who does social media for a living, sometimes being too quick on the draw can really come back and bite you in the ass. Think before you post!

What happens if you do post something in bad taste, though and you’re representing a brand followed by thousands? Or if your website has a colossal screw up and someone points it out on social? Initially – and by human nature – your instinct is to defend yourself and maybe take it a little personally. Take a breath before you do anything. The best thing to do is quickly admit your gaffe, fix whatever it is (or remove it) and move on. Depending on the situation, make light of your mistake. That almost always will diffuse a potential crisis. Show that you’re human. Here’s an example from Delta Airlines: 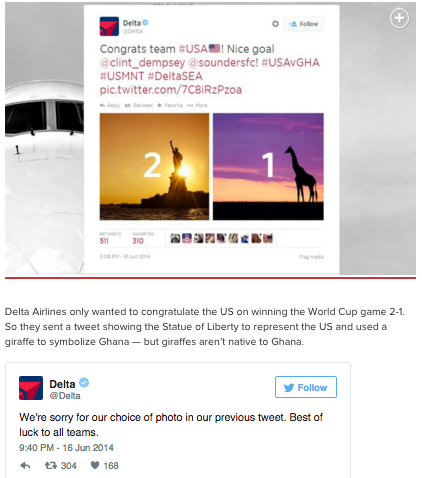 ….and a personal example: at some point in 2014, the website I was running had an error on a product where the marked down price was actually higher than the original price. Thankfully this was a rare occurrence, but we did get called out on it on Twitter. I responded within 60 seconds of the Tweet, admitted our mistake and offered the product at an even deeper discount than the marked down price and added Free Shipping to the order and quickly turned an aggravated customer into a repeat customer.

So yes, be super-reactive but also don’t be afraid to pause before you post! Now enjoy this killer song from The Sheepdogs!