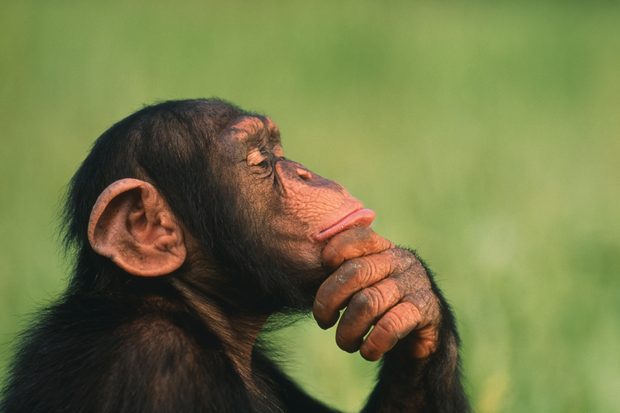 I’ve said before that I think a lot of things, particularly politics, would be a lot better if we had more women in charge. I truly believe this. To keep with the government/politics theme lately, look where America is today. Splintered, maybe irreparably, and led by egotistical, chest-thumping males who crave power. Yes, I’m throwing an unfair blanket over all politcians. I do know there’s some well-intentioned folks out there. But something has to change – we need different leaders.

Let’s get the basics out of the way – we all know (I hope) that the sex of mammal babies is determined by a male-determining gene on the Y chromosome (cue Thomas Dolby singing “SCIENCE!”). But according to a website called “The Conversation,” the human Y chromosome is degenerating and may disappear in a few million years, leading to male extinction – and henceforth all humans – unless we evolve a new sex gene.

That’s right – males are going extinct. Probably. Maybe. And that’s right, I said “sex gene,” which probably means my blog will get some unintentional traffic. And by the way, without the Y chromosome, without sperm, things fall apart pretty quick. Now granted, this is millions of years away, so clearly nobody is in a panic. But as I continued on in reading a few articles about X chromosomes (females have 2, males have 1) and Y chromosomes (females have none, males have 1), I couldn’t help but laugh at this line:

The X contains about 900 genes that do all sorts of jobs unrelated to sex. But the Y contains few genes (about 55) and a lot of non-coding DNA – simple repetitive DNA that doesn’t seem to do anything.

So the Y chromosome is only in males, it’s the one with the fewest genes and is mostly repetitive DNA that just doesn’t seem to do anything. I wonder if this has anything to do with why I hate housework and yard work? More importantly, I wonder if the male DNA isn’t cut out for a lot of things that males have made themselves entitled to for…well…forever. Far be it from me to have any authority at all about this stuff. I hate science. Was always bad at science stuff in school. But doesn’t it all just make the male chromosomes seem more…cretin?

Anyway, the ScienceAlert article is a good one to read – it goes on to theorize about life without Y chromosomes (men) and how some lizard and snake species are female-only today and are able to make eggs out of their own genes. They can effectively impregnante themselves! Further down, the article even mentions things like a “sex gene war” at some point. I’m glad I won’t be around to see that one.

Alas, aside from scientists doing some magic (or evil) things, humans are not snakes or lizards and there’s no getting around it, sperm is required for re-production. You’re stuck with us, ladies. Sorry.