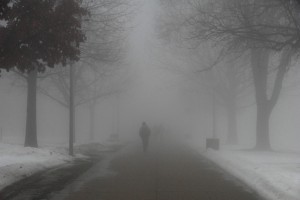 This is where I prefer to be sometimes

I don’t do good with tragedies. Or death. I guess not many people do. Oh, I want to be informed, I want to know what’s going on, so I do read the main stories, but I can’t go much deeper. Mostly because I can’t bear to hear about people who’ve lost their entire families, their parents, spouses or their children. That’s why I prefer not to watch the 24-hr coverage on CNN or the hour-long specials on the networks. Last night on ABC they ran an hour-long update and I had to (figuratively) watch with my hands over my eyes. I just can’t take it all in one fell swoop, so I had to switch around from time-to-time and find something else that was more frivolous and distracting. You know, cooking shows. College hockey games that I didn’t care about. Or play Skee-Ball on my IPhone. It’s not because I don’t care, it’s because I simply can’t overload myself with…..heaviness. Maybe part of me is pretending it’s just another dumb scripted show on TV. I want a director over there to yell “that’s a wrap!” and everyone will go home, have dinner and go to bed. But I know that’s not the case. How I wish.

Sometimes I have these daydreams that deceased people who I was close to didn’t really die. That they just faked their death and went away for a while to be by themselves. I think about how cruel a joke that would be, but in the end I’d be totally OK with it. The ABC thing was sort of ridiculous at times. They had a survival expert on the show who gave tips on how to survive longer if you’re trapped. He suggested that you stay calm and drink your own urine if you have to. Really? All well and fine, I suppose. Then they had a family on via satellite in Oregon who were supposed to adopt some children over there. The anchors let the family talk about it for a while until ABC unveiled a Skype video connection of a doctor over there in Haiti, holding the safe children. The woman burst into tears. The man got wide-eyed. Why didn’t ABC just tell the family up front that the kids were ok? Because it’s good TV? What the hell?

Whatever. None of it will help those people in Haiti right now. Donate if you can.